Paula Ruane recently discussed her volunteering with me as part of the Lifestyle:MK show about the same. Although it was featured as part of the show a couple of weeks ago – and you can find links on the page https://www.facebook.com/livethemomentradio/?fref=ts – I figured that it would be worth putting my discussion with Paula into a blog post so you can all get a better understanding – I have included all the appropriate links as well. This is the extended version as I did run out of time on the show! I hope you enjoy reading this, and it inspires! 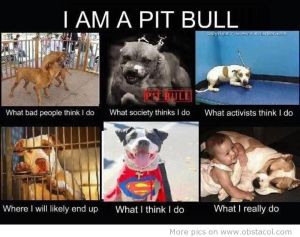 Paula, what volunteering do you do, and what does it involve?

I work mostly with bull breed specific dog rescues and an ex battery hen rescue. The work I do with the dog rescues involves attending the homes of potential foster carers or adopters to assess the suitability of the living environment and to discuss the details of the dog’s care such as exercise arrangements and veterinary costs. This is what is known as home checking.
I also participate in transport relays when animals are being moved from unsuitable situations to a rescue facility or from a rescue when a suitable home has been secured. The transport runs are a series of handovers at rendezvous points. 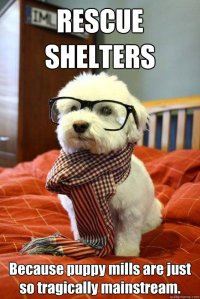 Another aspect of my voluntary work is what’s called cross posting. This is the sharing of appeals for homes, support, rescue assistance and fundraising online, mainly on social media and using the connections in my network to generate the maximum exposure for the cause in question. Much of my cross posting activities are centred around “overdue” dogs for people known as pound pullers. Pound pullers essentially remove unclaimed dogs from the pounds by finding rescue spaces or foster homes for the animals in order to prevent them being euthanized after the standard 7 days.

You mentioned working with battery hens as well, what does this entail?

The work I do with the battery hens is much the same as the work I do with the dogs but I also assist by taking part in collection days when a number of homes within a certain radius have been found, there is a set rendezvous point and the new owners all collect their hens from the one place. The hens are rescued from commercial laying farms at around 18 months old because their laying has slowed after intensive farming so they are sold for slaughter to be replaced by young birds. They are treated for parasites and vaccinated then homes are found.
The hens are rescued by www.homes4hens.co.uk

It is easy to see how important the work you do is for the animals, but what do you personally get from this?

Yeah, I meet the cream of humanity in the people who rescue, transport and adopt/foster. I feel better about myself knowing that I did a good deed and I find it life affirming to know that I gave a small amount of time to make a huge difference and the sense of achievement is worth more than money.

I’ve had 2 hopeless cases be adopted this week, directly from my Facebook posts and tags. One was a dog at risk of being killed as type under the dangerous dogs act simply because of his appearance and he was also out of time in the pound. The other was a little dog who was taken from Gumtree to save him from the fighting rings but he was scared of being left alone and was aggressive to other dogs so was about to be pts. Both were adopted this week, they were the 2 boys who have been really personal to me despite never meeting them. This is what rescue and welfare gives back, love and tails that never stop wagging xxx

Paula, you really are amazing!

Diesel I only found out about today and maverick was fostered almost as soon as I shared him and adopted by his foster mummy this week. Its kinda self serving though I get such a kick from it xx Its a miracle to see so many people giving a shit when there’s such a disposable attitude to animals.

and some of the dog charities I am involved with are

The pound pullers are assisted by www.poundsforpoundies.co.uk who raise money to make things like emergency kennelling possible by paying for dogs to be boarded in privately run kennels to get them out of council pounds.

www.newhopeanimalrescue.co.uk are non species specific and are a small organisation who work hard to save lives every day even if it means risking their own and it has been life affirming to have worked with any one of these organisations